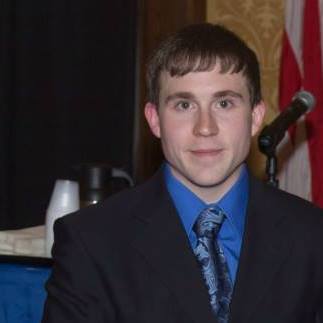 I'm Matt Zagaja, an attorney with background in politics, science, and technology residing in Connecticut. I am a member of the Wethersfield Democratic Town Committee and board member of the Connecticut chapter of the New Leaders Council.

My first job was fixing and configuring computers and networks for individuals and small businesses in Connecticut. I also taught myself HTML and built websites.

In politics I have worked for every campaign that Governor Malloy has run since 2006. I helped Elizabeth Esty unseat an incumbent Republican state representative in 2008. In 2013 I managed Matthew Nemerson's mayoral race in New Haven before he dropped out to endorse current Mayor Toni Harp. In 2014 I worked for the Connecticut Democratic Party as its Deputy Data Director.

I have also consulted for numerous start-up companies, mostly in the technology sector. Some of that experience has been through UConn Law's IP Clinic where I helped the companies secure trademarks and assisted in the drafting of patents. Other times it has been through individual contracts with the companies or through the UConn Business School's Innovation Accelerator program where I created market research reports that companies used to secure investments and plan their future. In January I helped Lon Seidman cover CES 2015 for his YouTube Channel. I think technology start-ups are critical to the future of the country. Thus I am passionate and enjoy writing about legal and policy issues around them like network neutrality, patents, copyright, security and privacy.

I enjoy data analysis and civic hacking by participating in Meetups in New Haven. I presented on visualizing data in maps using D3.js to a group of about 60 developers last year. Data, artificial intelligence, and machine learning are the most fascinating trends behind todays start-ups.