Fracking Cost per Barrel of Oil

I am looking for a historic and on-going source for fracking cost per barrel of oil. Ideally for the USA with regional and/or State values. However, larger sources are welcome.

However, there is oil-fracking, and there is gas fracking. Gas-fracking is more profitable.

How much does it cost for [oil fracking company] Pioneer to create a developed reserve? This chart looks at Pioneer cumulatively over the past 9 years. It has grown its developed reserves by about 30 million BOE and taken about 470 million out of the ground. So, it has developed about 500 million BOE. Capex net of asset sales during that same period has been $14 billion, meaning reserves have cost $28 per BOE to develop.

On the $36 of revenues per BOE, Pioneer spends about $14 on field operating expenses and another $6 on corporate expenses. Subtract the historical $28 of Capex, and Pioneer loses $12 for every BOE it develops. 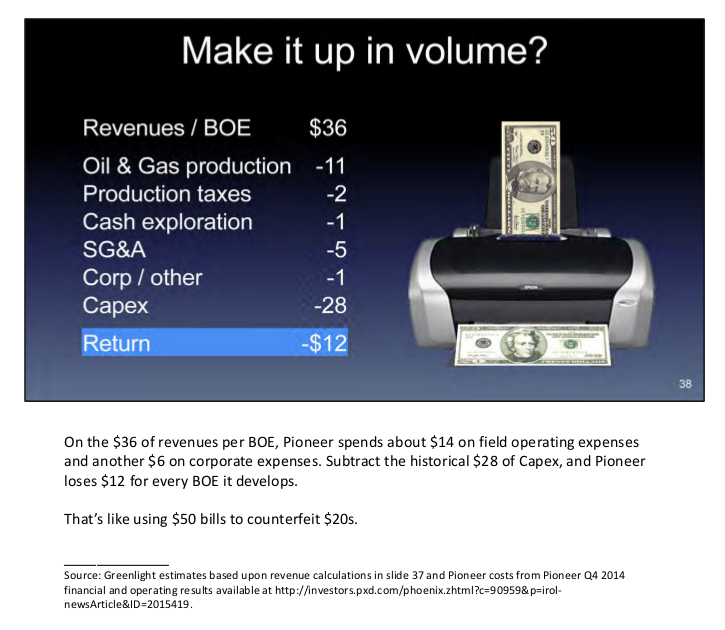 And see slide 66: In the long run, Schlumberger Corp. estimates a "Capex" value of $80/BBL unlike Pioneer which has $28/BOE.

You can find much more detailed data (for this Pioneer company), and more fundamentals about the industry in the 92-page-PDF of the conference presentation I've linked to.

In any case, I think the question is asked in a too general way, and a bit naive. It's like "which type of car has the best bang for the buck"?. It depends.

The data is available here -:

P.S- I work for datzar, an open source data library, where people can discover, share and work with data.

Not the answer you're looking for? Browse other questions tagged data-request api finance economics or ask your own question.

4
Survey of illness and symptom data
2
Age of consent per country database
6
Historical Oil Price Forecasts - MENA/West Africa Region
37
Cryptocurrency historical prices
2
Time series data on construction cost
4
Cost living or CPI (consumer price index) by city in de US
1
Where can i get an API of all oil & gas wells in America?