I am looking for recent statistics on the average percentage of students at 4-year institutions who are first-generation. This is for a grant I am writing for a summer program intended to focus on recruiting talented 1st-gen STEM students. I found exactly the graph I want with data up to 2005, but I think the numbers have increased a bit. Here is what I found: 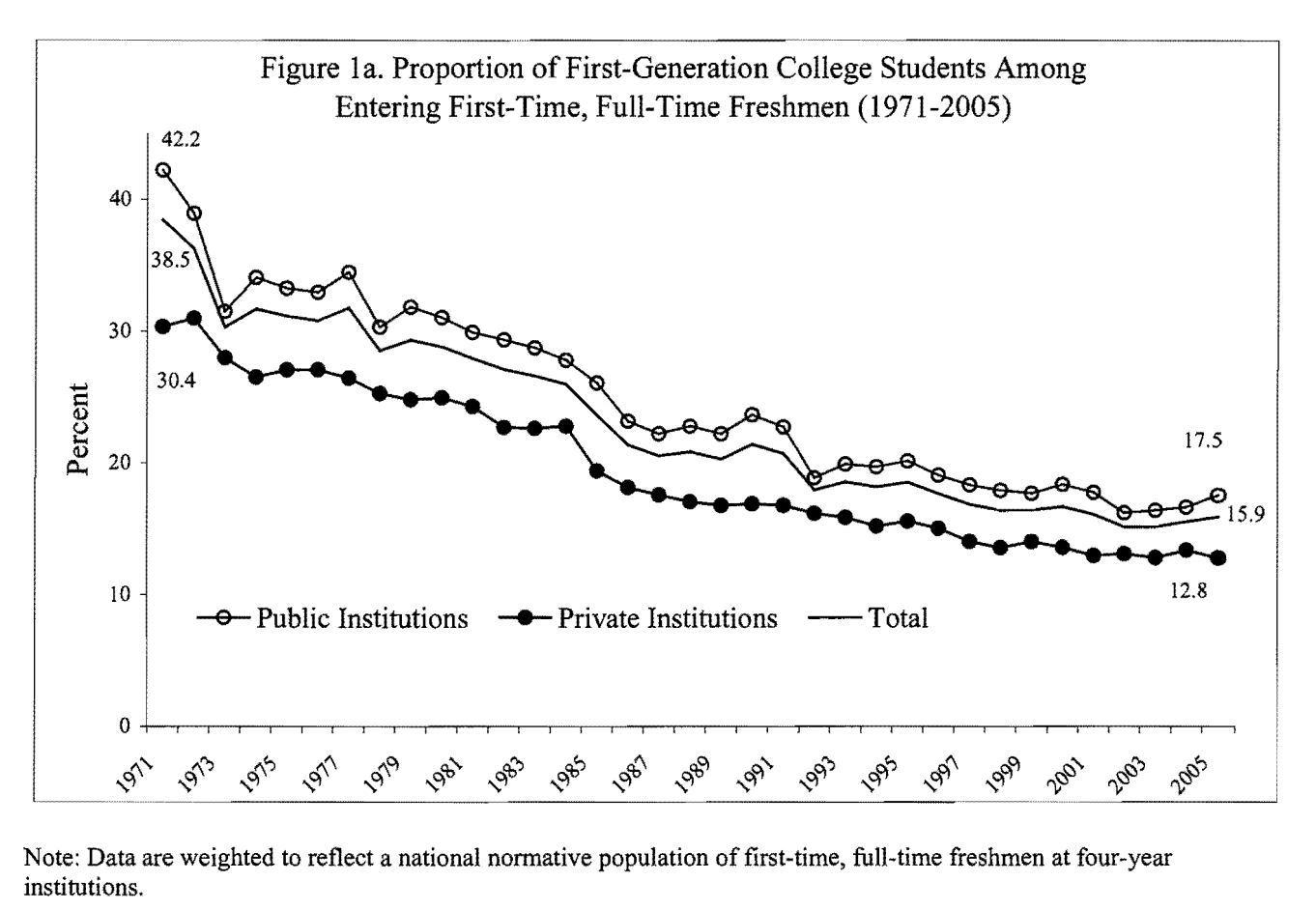 But here is a clip from the New York Times ("First-Generation Students Unite", by Laura Pappano, April 8, 2015) which makes me think the percentage is a little higher now:

"Of the 7.3 million full-time undergraduates attending four-year public and private nonprofit institutions, about 20 percent are the first in their families to go to college. While the number has ticked up as college-going has increased over all, the proportion has actually declined from 40 years ago, when 38 percent were first generation, according to the annual U.C.L.A. survey."

Now, I trust the NYT article, but I would feel better directly citing the UCLA study they mention. I'm guessing it's a continuation of the plot shown above, because that report is on the UCLA domain. But I haven't been able to turn it up, and wondered if anyone here could point me in the right direction. Thanks in advance!

You can find the data here -:

and the data dictionary can be found here -:

P.S- I work at @datazar which is an open source data library, where people can view, share and work with data.

Not the answer you're looking for? Browse other questions tagged education or ask your own question.