Is there a specification for versioning a dataset?

In computer software, semantic versioning (or something like it) is something of a standard for how to version software releases. The Major.Minor.Patch semantics make clear how big of a change has occurred between the present and an earlier release. Is there something similar for versionining a dataset? Unlike with software, any change to a dataset might be a "major" change, so I'm not sure that the logic translates directly. Is there any commonly used specification for versioning a dataset? 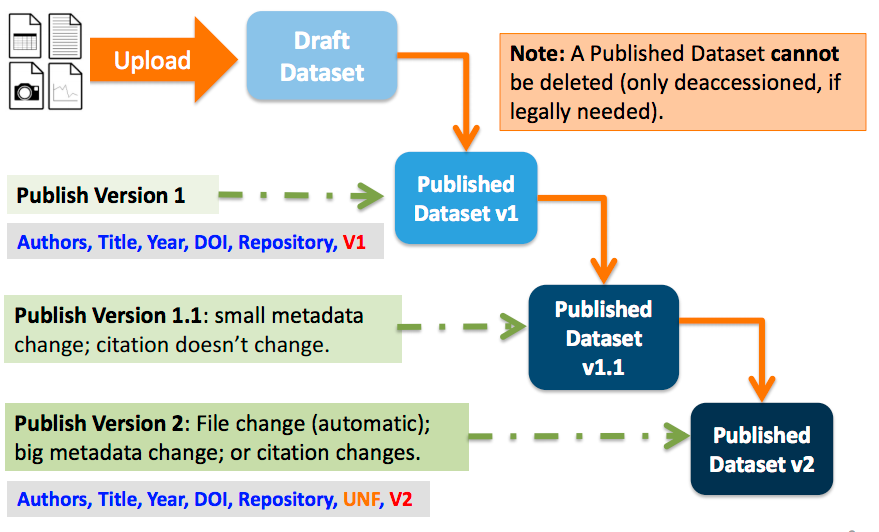 The Digital Curation Centre guide on how to cite datasets and link to publications gives a good summary to the various approaches to dataset versioning from the viewpoint of repository managers, and links to further information.

Not the answer you're looking for? Browse other questions tagged metadata or ask your own question.

5
USAID Dataset Downloads Published List
4
Is there a database that provides metadata for products with barcodes?
3
Is there a Glossary of Terms for the Federal Elections Commission API?
4
NEISS injury dataset - machine readable coding for characterizations
3
Is there a way to ask a CKAN repository only for changed datasets after a certain time?
2
is there a dataset of financial blogs?
1
Is there an open standard for recording pieces of media?