For natives of each language, most common second language and proportion of people fluent in it

I am trying to prioritize what languages my software should be translated to. Regardless of other factors, I want to first look at how many people are native speakers of each language, example:

PROBLEM: Most Wu speakers also speak Mandarin fluently, so translation is not such a priority. I suspect many Punjabi speakers are also fluent in Urdu, but I am not sure what proportion. I need to know that proportion, so that I can for instance prioritize Punjabi over Wu.

QUESTION: For each language: What is the second language of most of the speakers? What proportion of the group can be considered fluent in this second language?

"Fluent" means being able to normally use a full-featured auctions mobile app in this language, or something similar of that level.

Context: While usually software localisation is prioritised more with regard to market considerations than with regard to actual numbers of speakers on Earth, my case is different. The software is open source, my only goal is education, I don't care about the users' per capita GDP. The software is designed for offline use, and runs on old/cheap phones, so network connectivity and technological advancement is not really an issue, at least not an issue that requires twisting the question.

This map shows the most common second language for each country in the world. This is not exactly the type of data you are looking for, but it is a good step in the right direction. 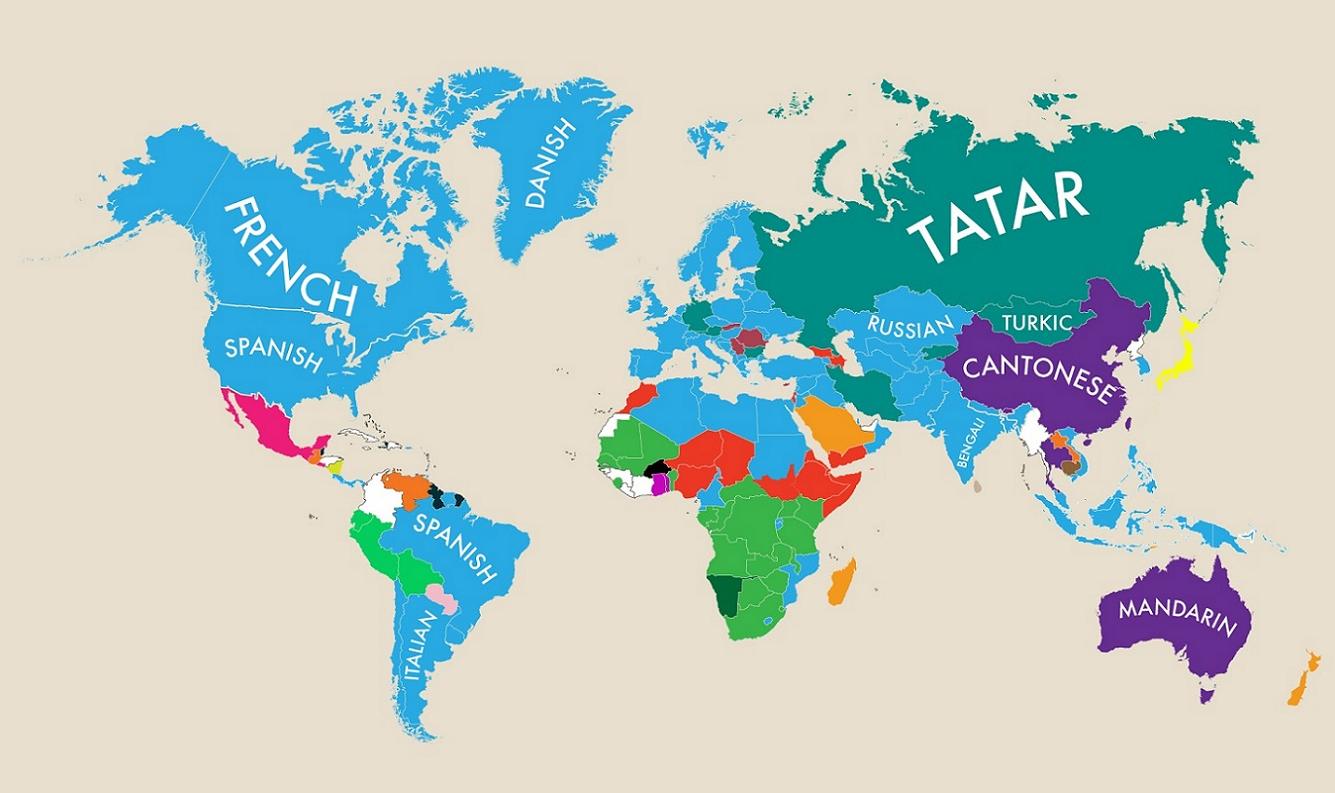 In Ethnologue entries like that for Western Punjabi, you will often see mentions of "L2 for ...".

In any case the data will be very dirty and it is hard to make comparisons like that. (For example, you defined fluency as ability to study at university in the language, so you can simply throw out all the societies where people are illiterate or barely literate. On the other hand, any Slovak who can study in Slovak can study in Czech.)

So you must be more specific about the application and your goals. Who do you believe will use your software? Do you care about per capita GDP and connectivity to the internet? In practice most software localisation is prioritised more with regard to market considerations than with regard to actual numbers of speakers on earth.

For translation software, the top languages by query traffic are English, Spanish, Portuguese, French, Russian, Chinese, Arabic, Germany, Japanese, Italian (roughly in that order, although in translation software it makes more sense to think of pairs than languages). Then come Polish, Turkish...

The proportions have shifted (in the early days localisation was always from English into FIGS + Japanese, but now the Russian, Chinese, Arabic and Brazilian Portuguese markets are much more developed than they were) and will shift more.

language (and language-script) usage in territories, including official languages, as well as likely countries for languages, languages for countries, etc.

Which can probably be used to determine overlaps in term of speaker population.

2.For translating a language into a script, you will also need to take into account what form of script do people know, like Hokkien speakers in Indonesia would not know about the language's literate form, and most Mongolian speakers in Inner Mongolian might not be able to read Cyrillic script.

3.For the purpose of software translation, you only need to know whether the speaker can read the language fluently instead of speak it fluently. There are many Arabic variants around the world, not that many Arabic speakers can speak the standard Arabic language fluently, but most of them can understand the standard Arabic language. Additionally, there are also cases like those Scandinavian languages, where all those languages are intelligible with each other, but not many people would have actually learned about the other languages beforehand and thus would not be listed as L2 in most dataset.

4.Maybe it is a good idea if someone can make a database about it.

Not the answer you're looking for? Browse other questions tagged data-request language or ask your own question.

5
Word list for Common European Framework of Reference for Languages (CEFR)
2
Is there any dataset for problems common people are facing to build apps against?
2
Amount of people in each job U.S
4
Which licence and format should I use for the Norwegian language "data" I am creating?
5
Worldwide holidays, and their names in the local dominant language
7
Most common words in English
4
Are there translation probabilities for major language pairs?
2
Classification system for healthcare facilities based on most common procedures
1
Dataset of language families, sub-families and their relations other than Wikidata