Data about spoon usage when eating spaghetti, by area

Some people usually use a spoon when eating spaghetti, and some do not.
The proportion seems to be dependent on the country/region.

Has any data been published on the topic?
Preferably raw poll result files, but aggregated data as CSV is OK too.

Bonus if the data is also sorted by age group and by formal/informal setting.

No dataset was available, so I got 300+ people to answer a questionnaire about the topic. 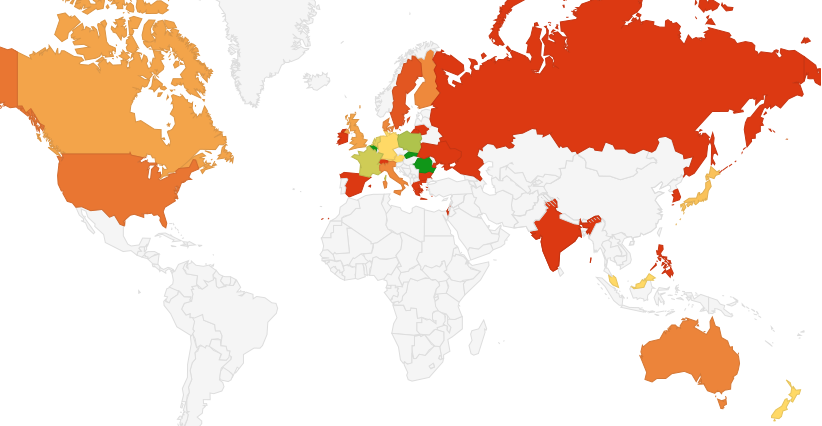 I find this question kind of silly, but it's a good "placeholder" for anecdotal questions that are popular with data-blogs and data-driven journalism.

See, for example, the "Dear Mona" column at fivethirtyeight.com.

So, I suspect you'll have to collect the data yourself.

And in case anyone is curious:

''Most restaurants (and hostesses) that feature pasta provide guests with a large spoon as well as the knife and fork. The fork is used to spear a few strands of spaghetti, the tips are placed against the spoon, which is held on its side, in the left hand, and the fork is twirled, wrapping the spaghetti around itself as it turns. If no spoon is provided, the tips of the fork may be rested against the curve of the plate.''

Not the answer you're looking for? Browse other questions tagged data-request food or ask your own question.

4
Data about when cities and neighborhoods were established
3
Where can I find data on eating behaviors/habits?
7
Where can I find publicly available data about internet usage?
4
Data about Bittorrent usage
4
Database of Japanese meibutsu, with locality and since when
1
Data sets about nutrition/diseases