I used some data from Nasa (Topographic & Bathymetric) to create a 3D (non-round) model of the Earth's surface, nothing insanely detailed. Those images are large enough for what I need, but they are greyscale images that results in only 256 possible values per pixel (even though they are TIFF, Nasa only used 8 bits per pixel! How frustrating!), and thus resulting in banding/jaggedness: 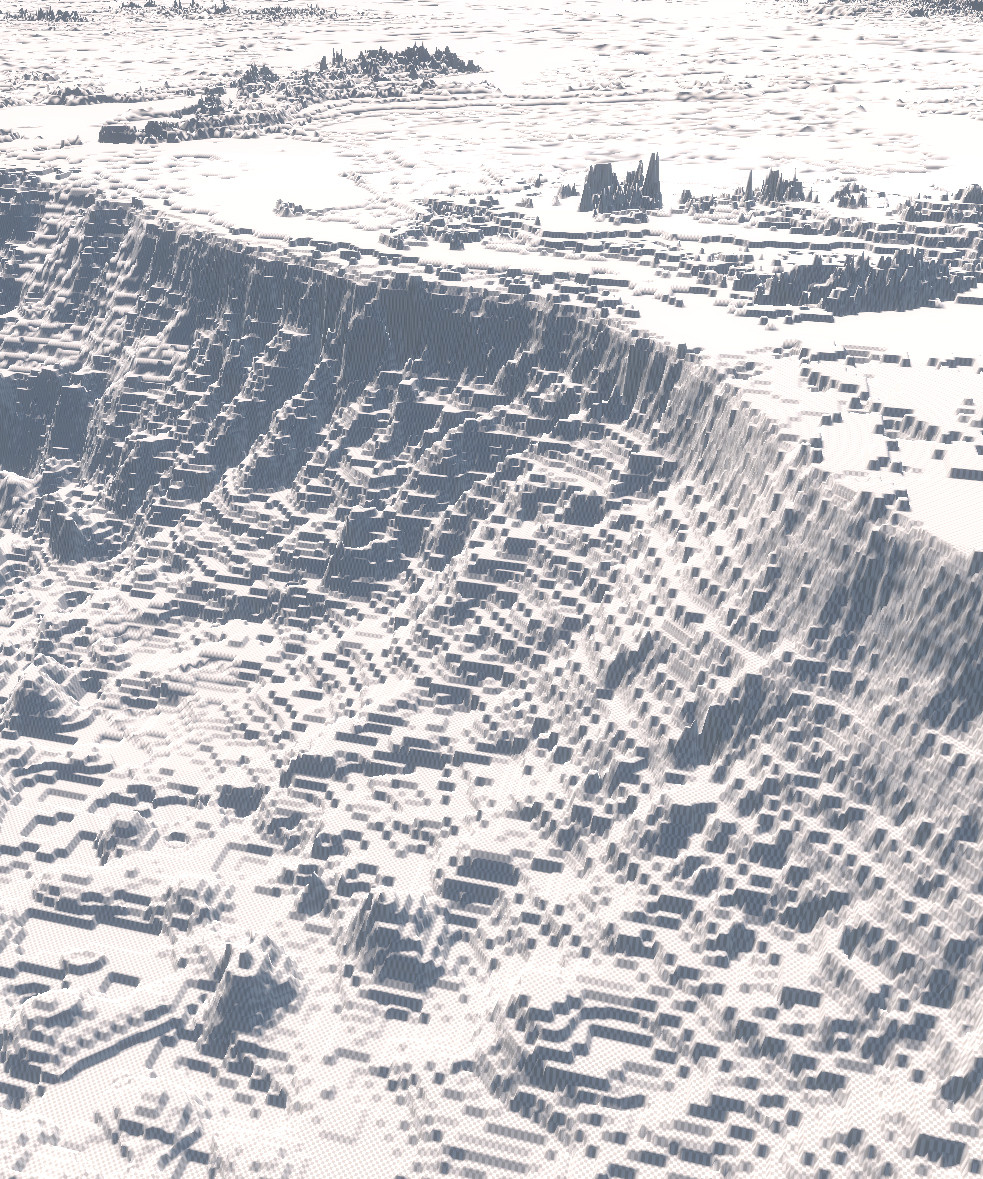 (This is the South-West coast of Australia's Continent Shelf)

So I desperately need something more accurate.

A 43,200x21,600+ spreadsheet of the Earth's surface's data (per longitude/latitude) would work great for what I'm doing, but I would bet that something other than a spreadsheet is what map services and scientist use.

What data format or file type do scientists or other software use for such information that I could search for? I was told that it's GeoTIFF, but isn't that what this was?

Any recommended sites would be appreciated. (Currently using C#) As such, an API could work, but surely somewhere someplace is the data that I can store on my hard drive and read the data in C#.