I am looking for a global dataset with the extent of seas and ocean in a vector dataset of polygons. I know that boundaries are sometimes fuzzy (maybe crisp boundaries don't really exist in some case), but I can manage this uncertainty. If I could have an attribute with the names it would be even better.

The aim is to reuse this dataset in a research project where we would start by checking that sample coordinate are consistent (does the attribute of the sample match with the name of the sea/ocean in the map). Therefore we need polygons and not only lines or names.

Take a look at Marineregions.org, specifically look under IHO Sea Areas. These are boundaries of oceans and seas as defined by the International Hyrdographic Association. When you go to download it you'll be prompted to supply a name and email address, but the site is non-profit and run by a marine institute in Belgium.

I went ahead and downloaded it to take a look and think it will suit your needs. There are about 100 polygons that represent all the oceans and major seas. If you just wanted the oceans, you could add an extra column to the attribute table, invent an ocean ID, assign each sea to the closest ocean, and then dissolve / merge them using that attribute. 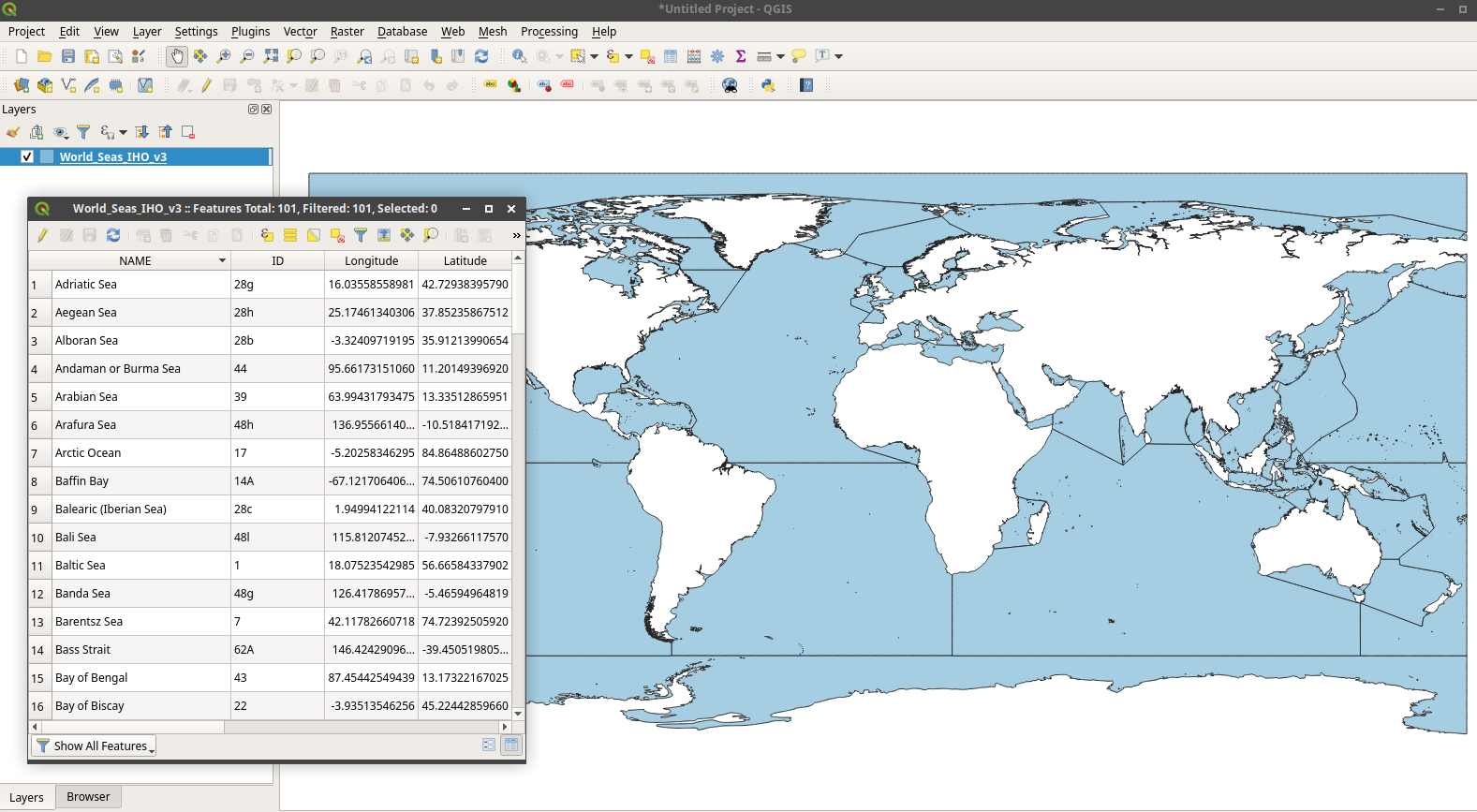 My first thought was Natural Earth, but its primary ocean layer isn't broken up into polygons; the ranking layer is, but the shapes don't correspond to the actual oceans.

Not the answer you're looking for? Browse other questions tagged geospatial creative-commons oceanographic or ask your own question.