Is there a list of warm and hot springs in Iceland, with latitude, longitude, and perhaps temperature (range)?

Íslenskar orkurannsóknir (Icelandig Geosurvey) publishes a geologic map (Jarðfræðikort / Berggrunnskort) including warm springs (laug; 25–50°C), hot springs (50–75°C), hot to boiling springs (laug eða hver; 75–98°C), and boiling springs (Suðuhver; 98–100°C). The paper map is published at 1:600,000, which is not really accurate enough to locate a spring in the wild. The springs are also shown in their online map, but that map allows coordinates to be retrieved only down to two decimal degree places, which translates to a 1.1 km × 0.5 km area. For a spring that may be less than 10 metre in diameter in a possibly rugged wilderness area, that is rather large. Google Search yields mainly tourist websites that all list the same "secret" hot springs, which just happen to be colocated with outfitters and other commercial exploitation. Openstreetmap does not have the remote springs, nor does this old topographic map series.

Is there a list of all warm and hot springs in Iceland, such as collected by the Icelandic Geosurvey or otherwise, including the position to within at least 100 metre (preferably 10 metre), and possibly (as a bonus) the temperature (range) of the specific spring?

This isn't really an answer, but may yield a path to one.

If you visit http://jardfraedikort.is/index_enska.html and zoom all the way in, you see something like: 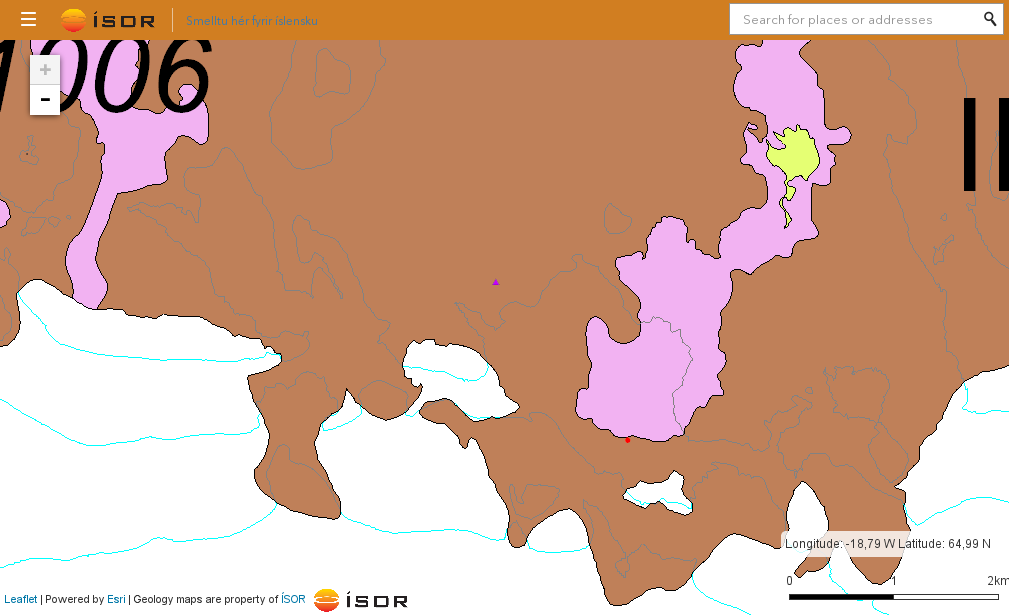 We note the purple triangle is centered at x=495.5,y=282 in the image and is at approximately +64.97 latitude and -18.74 longitude. If we now switch to satellite view (using the "basemaps" option), the map will look something like this: 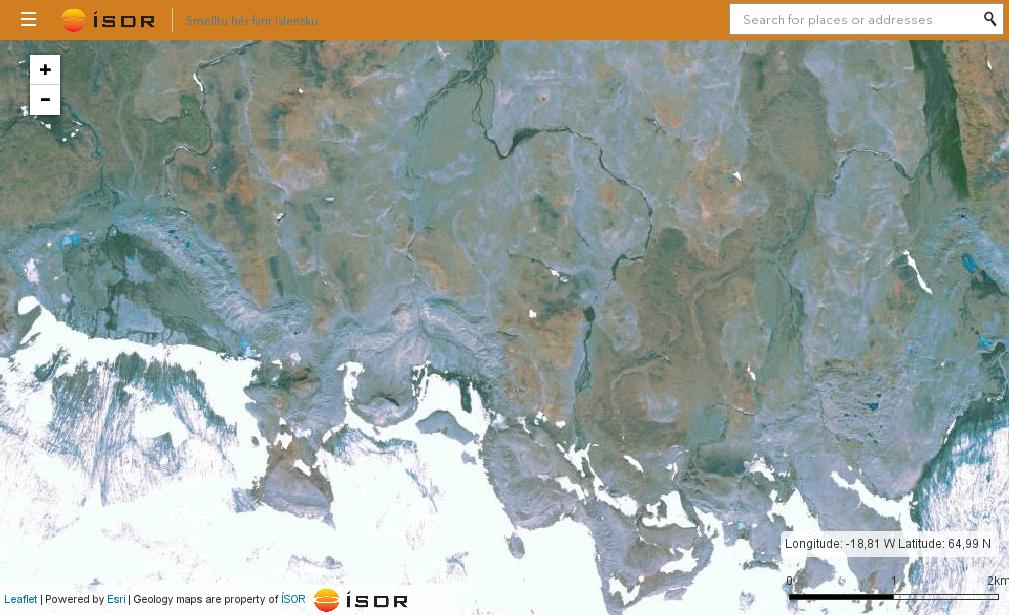 (it won't look exactly like that because I accidentally moved the map center before switching to satellite mode).

Now, go to google maps, and try to find a satellite map that approximately matches this one (it doesn't have to be exact). In this case, we start by entering "64.97,-18.74" in google maps search and correct the zoom until it looks something (scalewise) like jardfraedikort.is map: 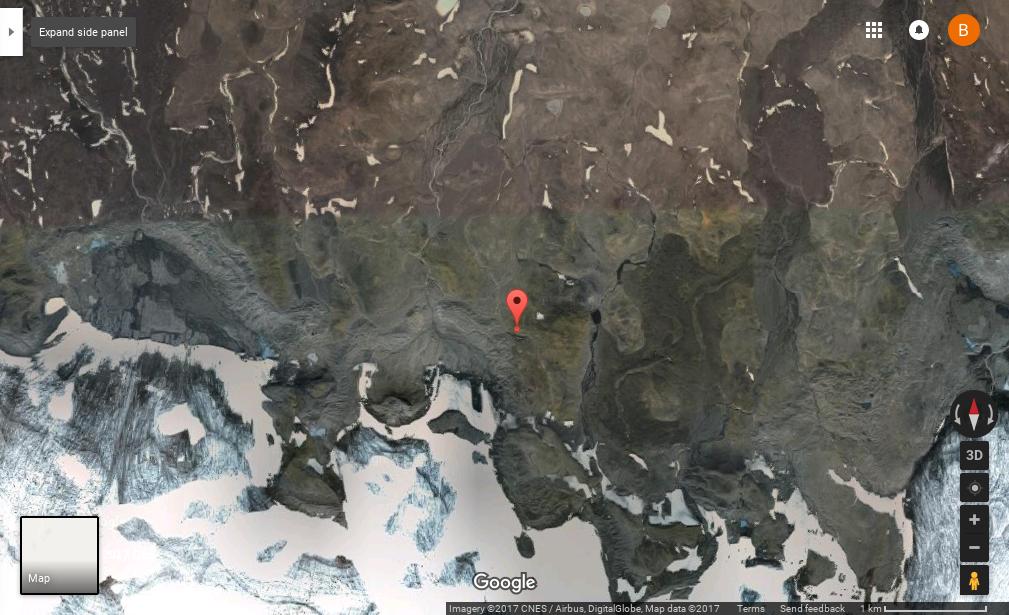 In theory, you could now find the x and y pixel differences between the two maps (by using a landmark as a reference), figure out where "64.97,-18.74" is on the jardfraedikort.is map, and then find how far north and west (in km, using the 9.5m/pixel scale) the purple triangle is from "64.97,-18.74", and then compute its actual latitude and longitude.

You'd have to do this one a time for each spring you're interested in, and it would be fairly tedious. Additionally, it assume the purple triangle is placed correctly down to the pixel and not just by estimated position.

I'm convinced my "solution" above is the wrong way to do this, but if you're absolutely desperate (and the maps are pixel accurate), it would work.

OSM has a tag for hot springs

This won't give you temperature range, but perhaps you can do a fuzzy match of the OSM name to another list. (for example, Zürich has an API for outdoor water temperatures)

Not the answer you're looking for? Browse other questions tagged data-request geospatial or ask your own question.

8
Map of Orange County (CA) buildings
5
Where to host a public KML/GPX/OSM map file? (preview, map links, statistics, conversion)
6
Coordinates of villages in The Gambia/Senegal
7
Geodata to make a map of the UK with counties outlined
3
which countries belong to which synchronous electricity grids?
1
Looking for GIS topographic data of Bogota, Colombia, with elevation contour lines
7
World population density
2
Satellite image data that allows input of a lat/lng and returns radius around coordinates
1
Where to find Norwegians waterlines and water bodies shp?