I am looking for icons that can illustrate Wikidata classes such as:

I could use each class' image property, but the image is usually a very detailed picture so using it as an icon would be a bad idea, it would be unrecognizable.

Context: My app shows a map of nearby Wikidata items.

Based on ubahnverleih's tip, and due to the current lack of such an icon set, I created this project:

I re-used the excellent Open-SVG-Map-Icons icon set and so far matched a good portion of the icons to Wikidata classes: 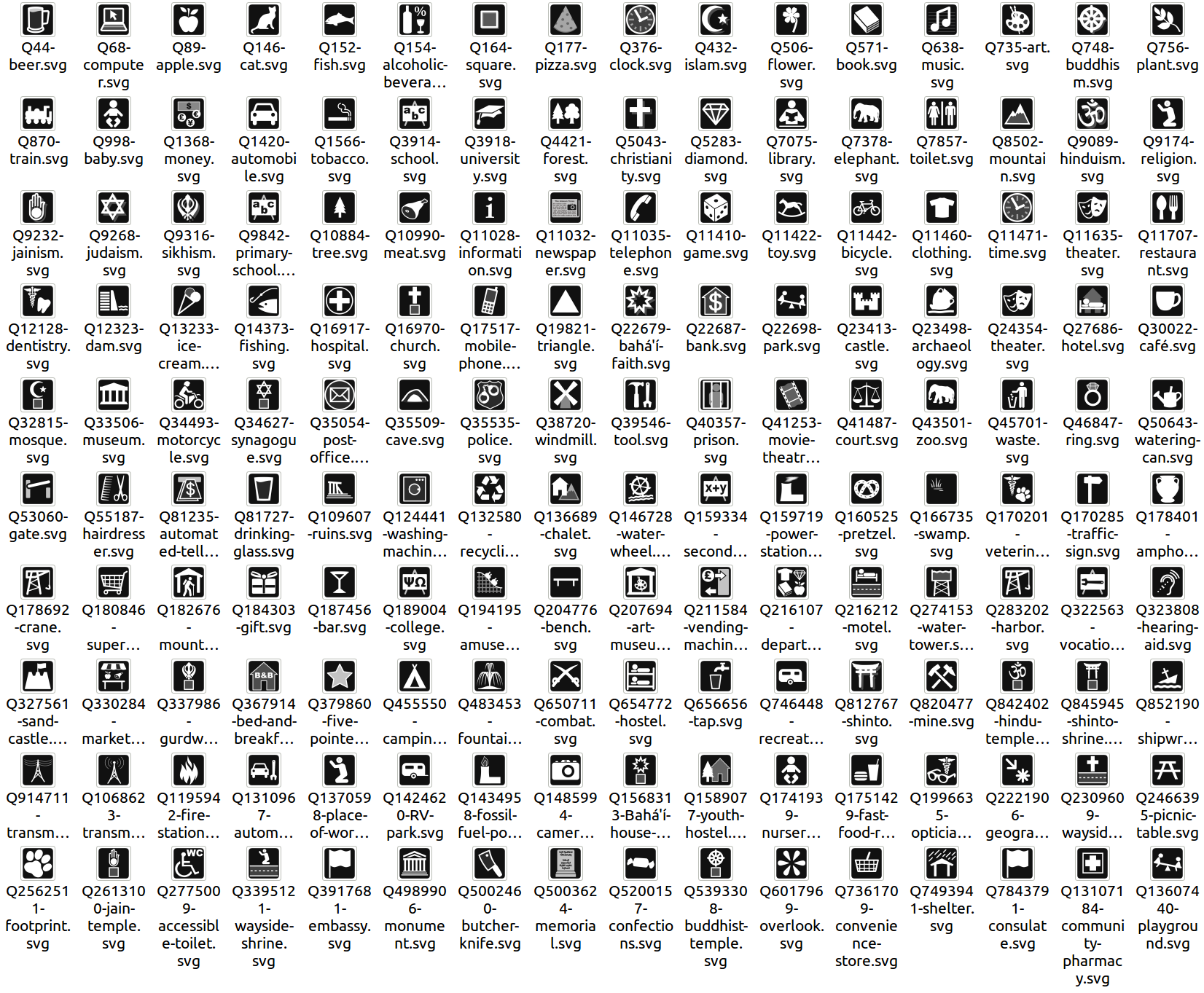 The Noun Project is my default for icons:

"The Noun Project is a website that aggregates and catalogs symbols that are created and uploaded by graphic designers around the world. Based in Los Angeles, the project functions both as a resource for people in search of typographic symbols and a design history of the genre." Wikipedia entry

Wikidata actually has an icon property.

Not the answer you're looking for? Browse other questions tagged data-request images wikidata or ask your own question.

20
Free icons of country flags, reusable in both open source and commercial products
3
Subquery in wikidata
6
Where to upload media not yet compatible with Wikimedia Commons licenses? (“open dark archive”)
2
Popularity of given names through the ages
4
Database of Japanese meibutsu, with locality and since when
10
How to include sub-classes in a Wikidata SPARQL query? (example: when querying “bands”, include “rock bands”)
3
Shapefile or GeoJSON of all Caribbean Islands
0
Looking for clustering dataset/usecase with large (10^5+) number of points, medium (256-2048) dimension, small k (10-max 100)
5
Database of bicycle sharing systems
7
World population density